According to the Sydney Morning Herald (June 28,2008) the number of billboards asking Australian commuters if they want longer lasting sex is to be increased, ignoring heavy hints from the advertising industry watchdog to take them down.
A day after a Senate committee recommended measures to combat the proliferation of sexual images in the media, it was announced that one of the most complained about ads would become more common.The chief executive officer of Advanced Medical Institute, Jack Vaisman, yesterday said: "If they change the rules, we will comply. But they have not changed them, so we will continue."
Far from taking them down, as the Advertising Standards Bureau indicated to the Herald that it wanted, Mr Vaisman said: "We want to get as many as possible. They are very effective." The billboards triggered 1000 calls a day from men seeking help with erectile dysfunction, he said. 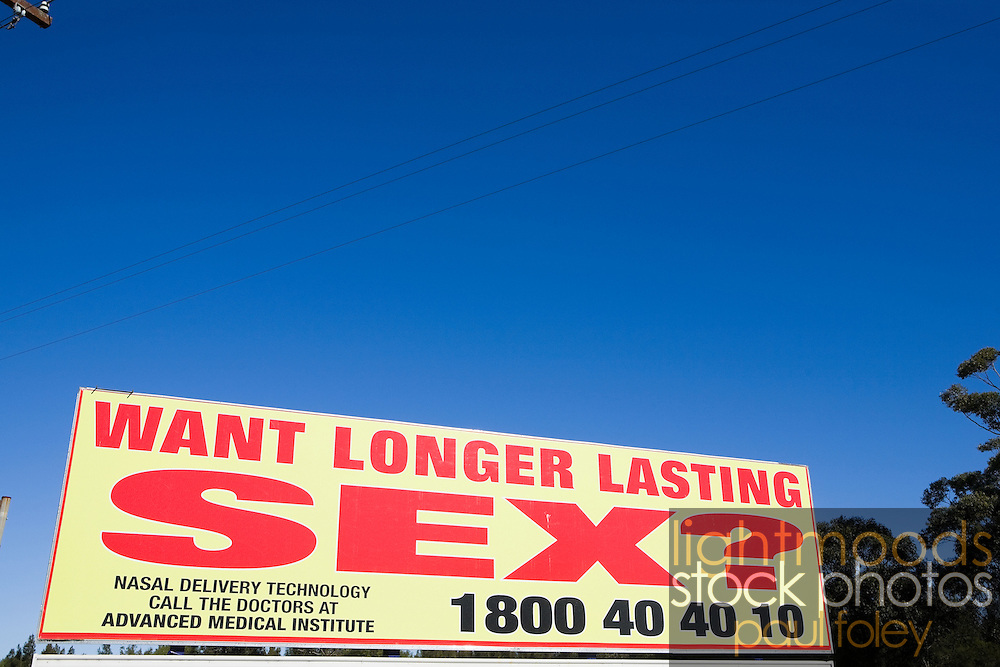